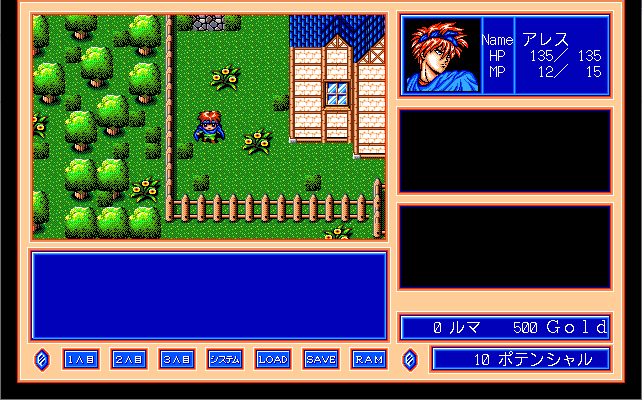 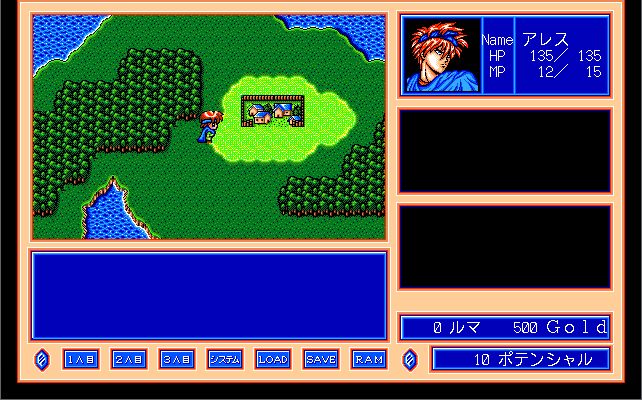 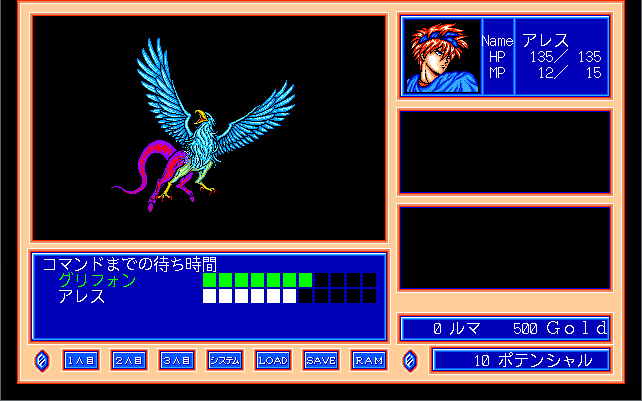 
The first in a trilogy of RPGs by Fenrir, this one has a couple of noteworthy features among the pack of rather generic fantasy PC98 RPGs. For whatever reason, you don't ever just stop dead after running into anything, you just turn 90 degrees. This means you'll run along the wall if you just keep holding the arrow key, etc. It actually makes the game world kind of disorienting. The movement (and eventual combat) is handled by the arrows and number pad, along with Enter, Escape, and a variety of menus accessed by F1-F7.

There doesn't appear to be overworld random encounters, but there are in dungeons, and the combat, while turn based, does appear to include a type of real-action initiative system, kind of like that used in Chrono Trigger.