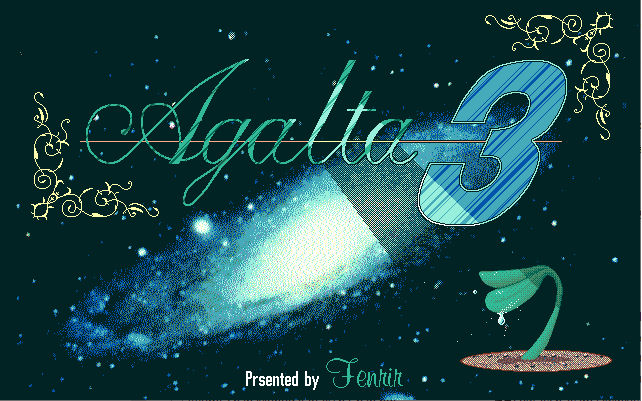 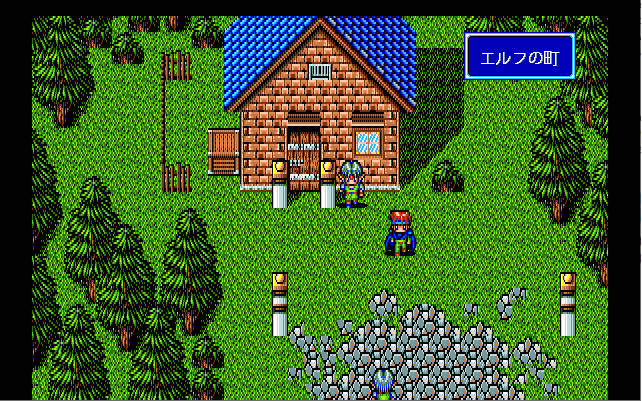 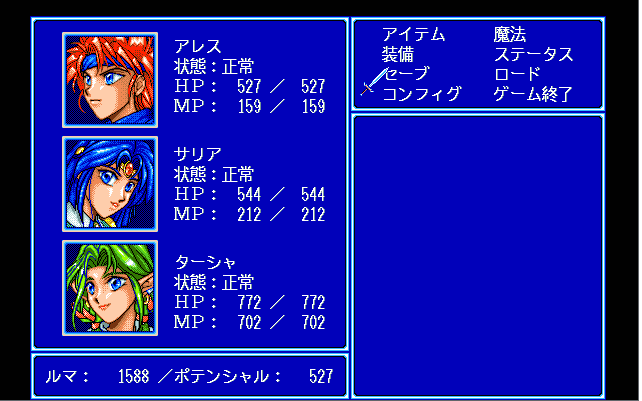 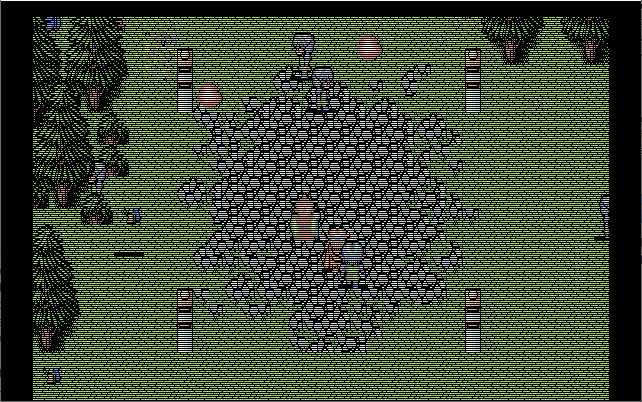 
The final game of the Agalta trilogy, this one has entirely new art and a new game engine, opposed to the second game which essentially reskinned the first. Graphics are upgraded, and the combat system has changed from the "invisible random encounters" of the original Final Fantasy. The game appears to be somewhat glitchy in Anex86, freezing in one of the early cut-scenes, so it's better to play it with T98-Next or Neko Project 2.

MobyGames has a somewhat more detailed discussion with some more screenshots.