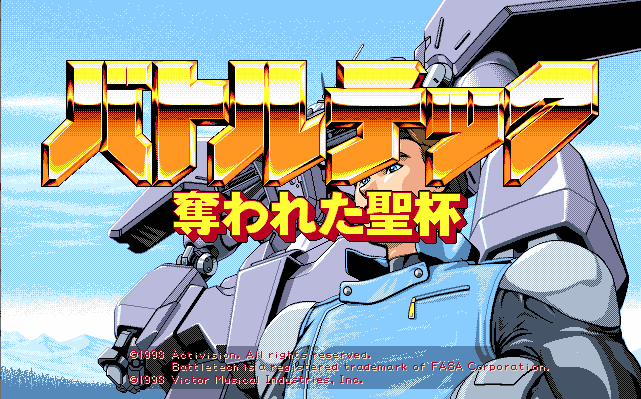 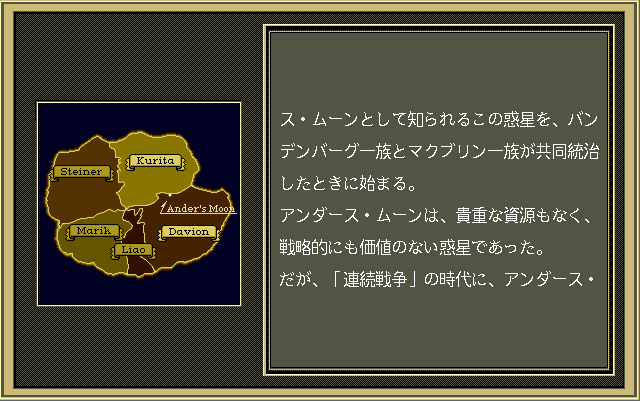 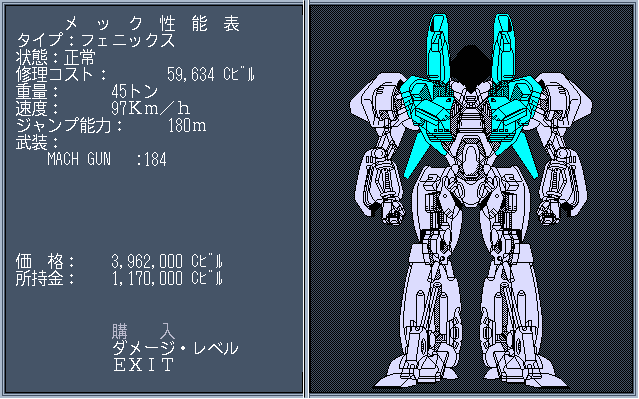 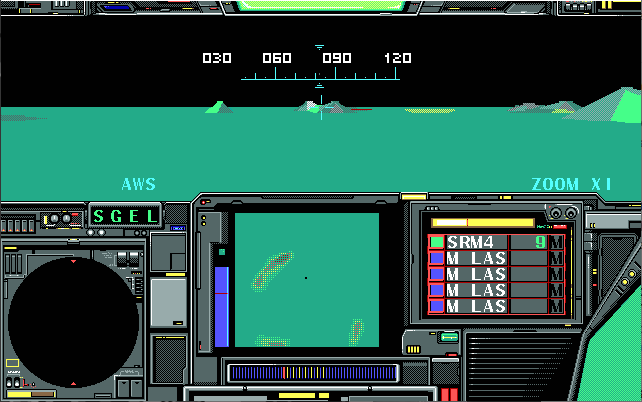 Adult Content:
None
Activision launched the first of what eventually would be a long series of 3D mech action games with MechWarrior in 1989. This port for the PC-98 came out a few years later (with a different name) and rather than being just a straight port, it sees a lot of polish, particularly in the artwork. The cockpit graphics are nicer, the mech schematics are much nicer, and all the characters now have high-resolution, more japanese-style art. As for the game, the 3D part is pretty much unchanged, and it's still you starting alone, with your damaged Jenner.