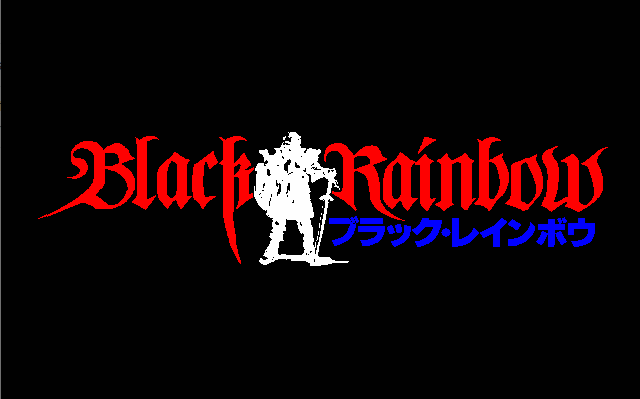 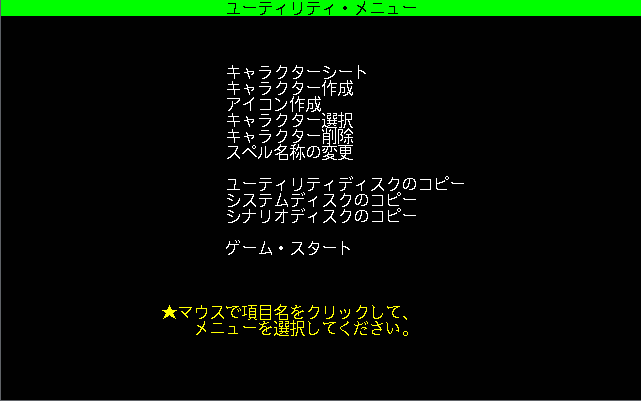 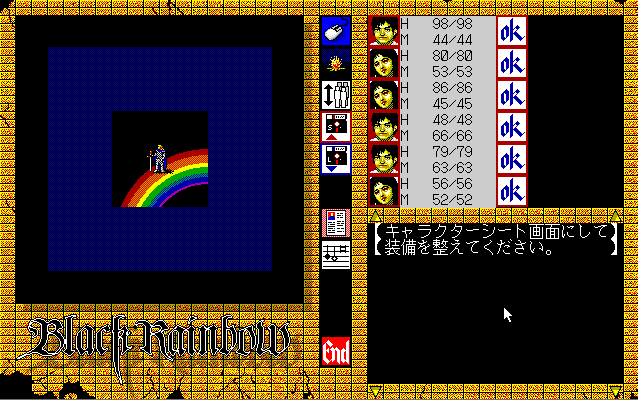 Title: Black Rainbow
Company:
Hobby Japan
Compressed Size: 0.67 MB
Image Format: 3 FDI files
Game Type:
RPG
Adult Content:
None
It's hard to find many details on this game, and I hadn't reviewed it for ages because I had a copy of it with a bad disk. It's a western-style RPG with turn-based combat. Graphics are pretty minimal, but servicable. Strangely, most of the stats, character names and items are in English, while everything else is in Japanese. To boot the game, start with the Opening disk. It'll then prompt you for the A disk to go to the main menu, which is mostly character manipulation options. The bottom option is to start the game, which requires Disk A in the first FD slot and Disk B in the second.

You start the game on the titular black rainbow (an ill omen in this world) and have a chance to equip some gear before you're dropped into the game world. Towns are pretty minimal affairs, with a couple of buildings you can interact with, and enemies attack pretty soon after you venture out.

Controls primarily with the mouse, but you can use the arrow keys to move as well.