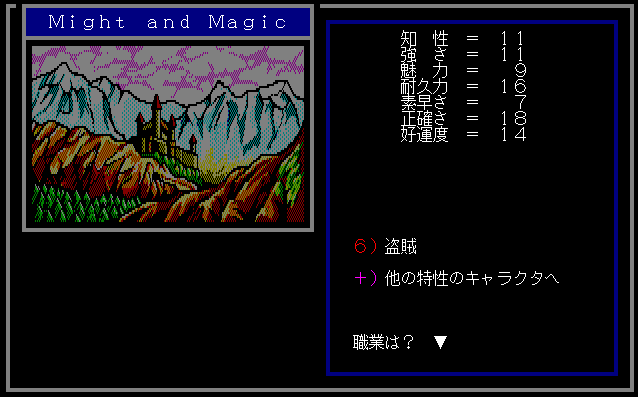 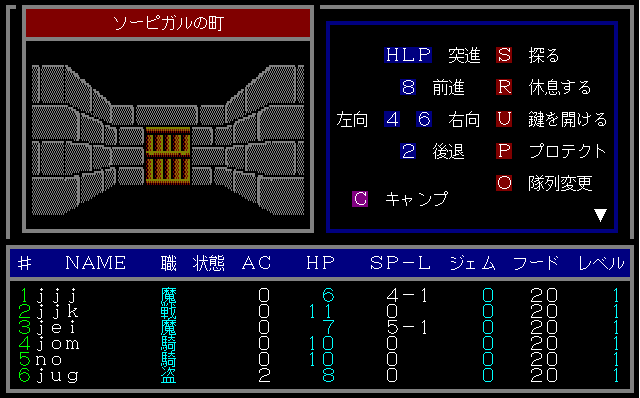 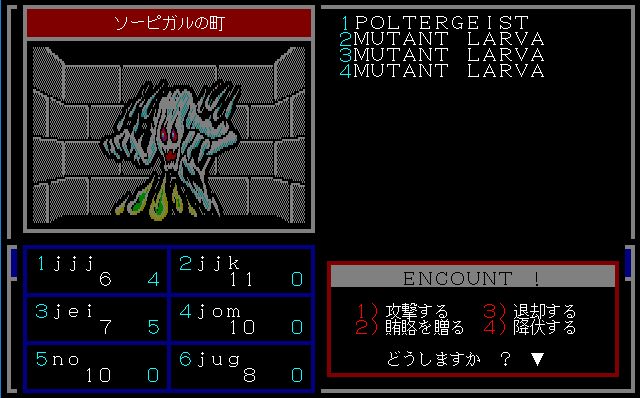 
As the first game of the storied Might & Magic series is pretty well covered in other mediums I'll just talk about what is notable about the PC-98 version. First of all, the graphics, as the game has gotten a notable upgrade over earlier versions of the game on other platforms, and given the year it was released, is a pretty good looking game. There's no animation, but the monsters and pseudo-3D dungeons look pretty good. Unfortunately, and likely to accomodate Japanese keyboards, the controls have been changed up a bit, and now everything is handled via numbers and some of the punctuation keys, which makes it a little awkard to play on emulators and a modern keyboard.