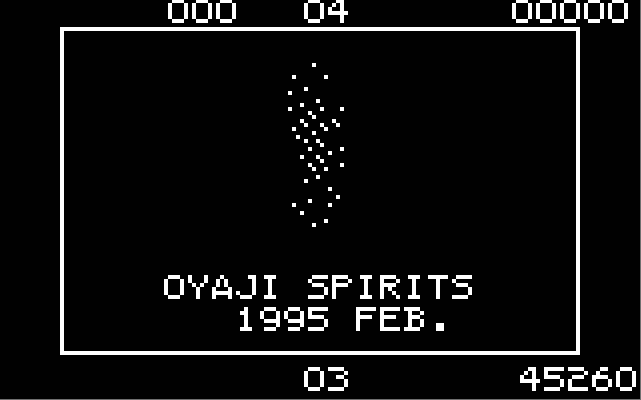 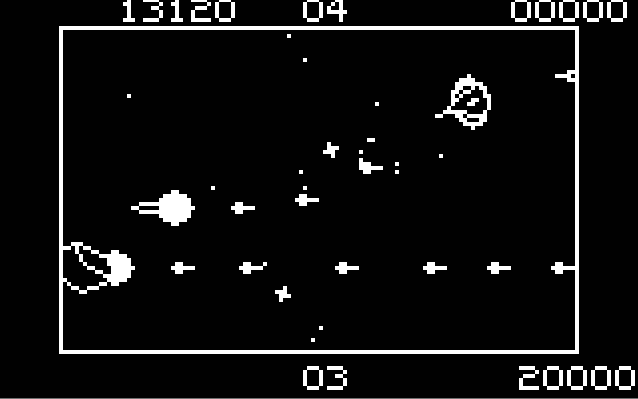 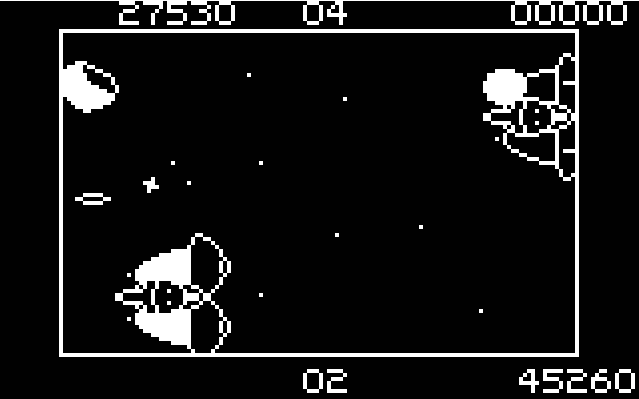 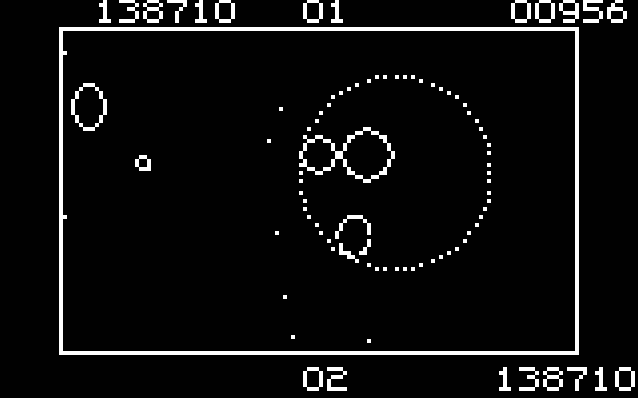 
An interesting shooter game with completely monochromatic graphics. It had a pretty small game window and resolution, and the monochrome does make some of the shots hard to see, but the game itself is rather well executed. You have a ship with a shield, which can take two hits (the first destroying the shield) as well as an indestructible option that follows you around. Power-ups are relatively rare and are randomly selected. They consist of alternate shot types, which don't seem very useful (the laser doesn't seem to do more damage, the homing shots, while neat, definitely don't do more damage than the base shot.)

You control your movement with the arrow keys, and can deploy a bomb attack using spacebar (stock limited) around yourself.