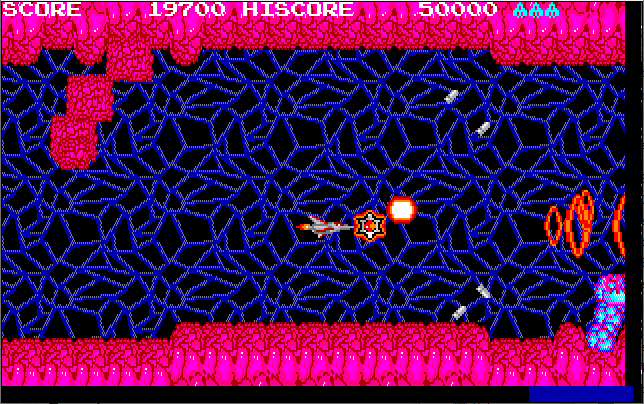 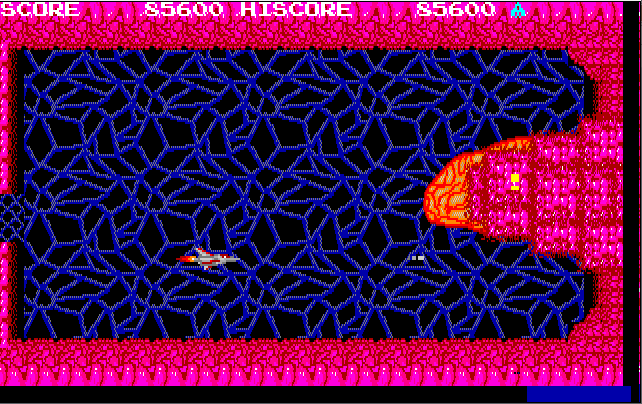 
So, first off, let me say that this game is not the Salamander you're probably thinking of by Konami. Although Konami's name is right there on the splash screen, this is essentially a limited, doujin recreation of that game. Like the original game, there's a fleshy game world, a brain with arms at the end of the first stage, and power-ups you just pick up instead of the Gradius-style purchasing system.

The game runs very slowly and jerkily on Neko Project, the only emulator on which I can get it to run at all (Anex86 actually closes the emulation window on start-up, and T98-Next just reboots endlessly.) It has some very obvious graphical glitches which I'm not sure are emulation issues or were present in the original game. Arrow keys move, X shoots, although you can't hold it, and sometimes pressing X doesn't shoot at all. The enemies and shots have similar issues, sometimes they'll glitch through terrain, some times your shots will pass through one enemy to hit another behind it.