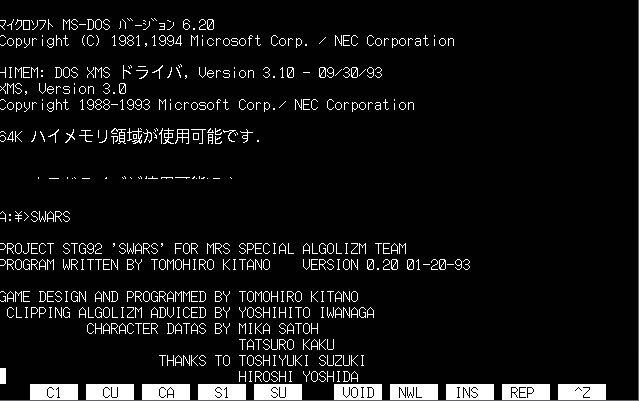 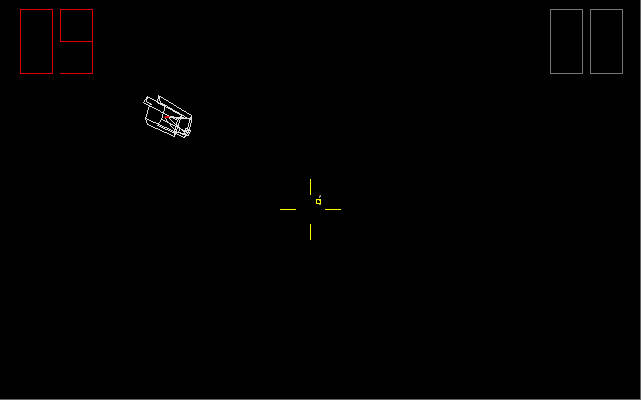 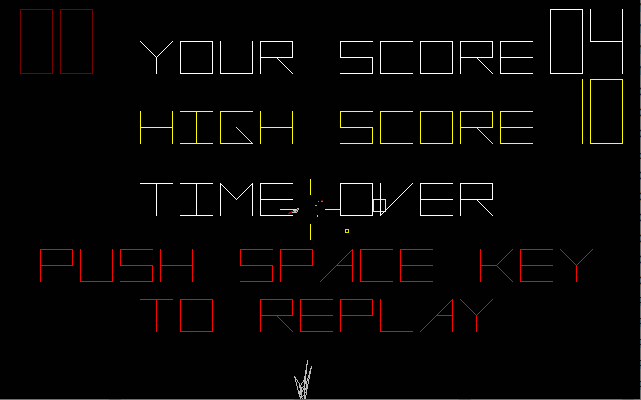 Adult Content:
None
No title screen on this one, you're just thrown straight into the action, which involves shooting wire-frame spaceships from a first-person point of view. Move with the arrow keys, shoot the enemies using your blaster (Space) before time runs out. The author is... unusually candid in the documentation file: "There are many other things, but the rules of the game are not fundamentally interesting (T_T) Actually, I wanted to improve the game so that I could play it, but as I wrote earlier, I was tired of making it." It appears it was originally made for a college festival contest.