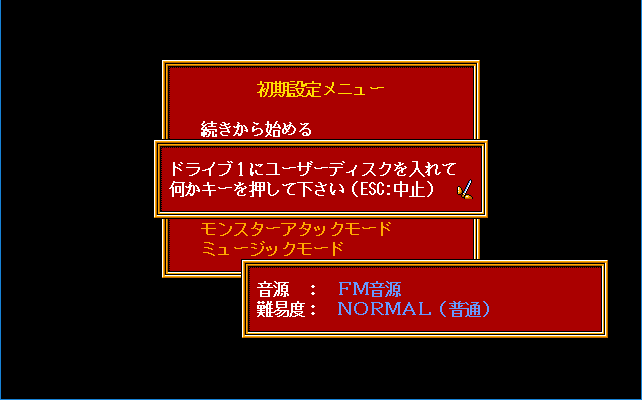 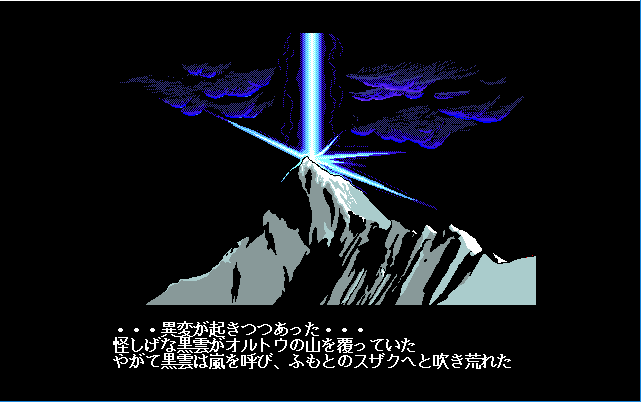 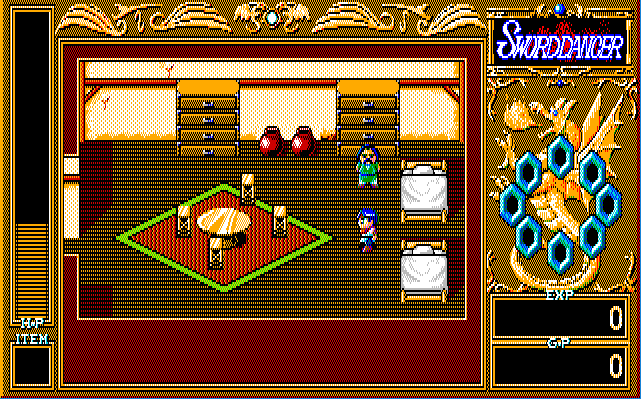 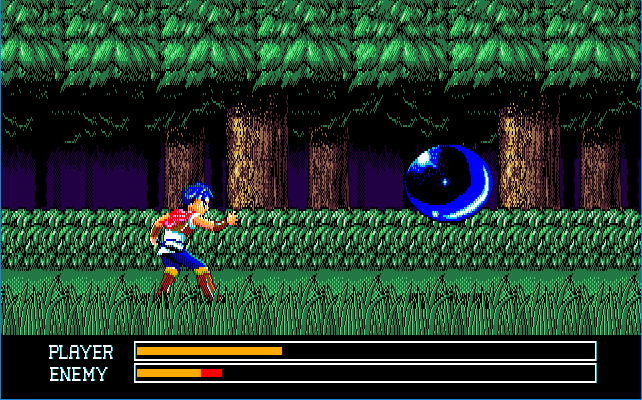 
The first Sword Dancer game, which was followed by a variety of spin-offs and a direct sequel. It's a nice take on the traditional RPG, offering 2D brawls instead of the more traditional "choose-an-option" style of combat. Graphics are a little rough, but servicable, and there's a decent amount of animation in everything.

What's not so pleasant is the very confusing disk system and the fact it doesn't play well with a number of emulators (I ended up using T98-Next.) Basically, you need to boot with the "System" disk in slot 1, then switch that with the User disk once the menu loads. If you start a new game with the top option, you'll be prompted to put Disk A in drive 2, and be treated to short intro explaining how bad guys stole your girl, and you need to go after them. There's no title screen, and as far as I can tell the "Opening" disk is never used. Huh?

Once you get out of town, you'll encounter various creatures as you walk, and have to duel them in fighting mode. There's a number of other characters as well, although you have to select who will lead your party, and thus do the fighting.