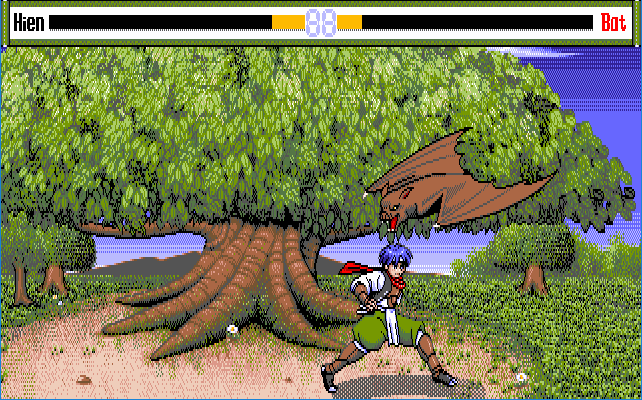 
Well, this whole series is a nice take on RPGs, and uses a gimmick that really should have been used more often: you fight the battles in 2D beat-em-up style kind of like a simpler Street Fighter II or such. Although the animation frames are pretty limited, there's a good selection of enemies, and who hasn't wanted to beat up a slime? (How is he blocking?!)

On the overworld, you navigate with the arrow keys, just run into people to talk to them. Z and X are used to jump and dash respectively. There's a bit more on the game over at Moby Games.

I numbered the disks, which were initially in letter order (A through F) which hopefully won't confuse people too much on the "insert next disk" prompts.