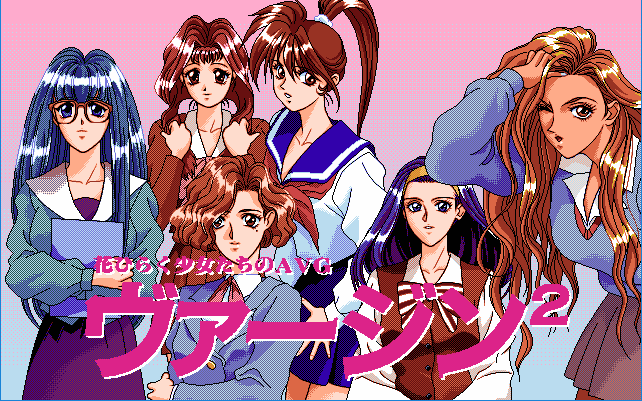 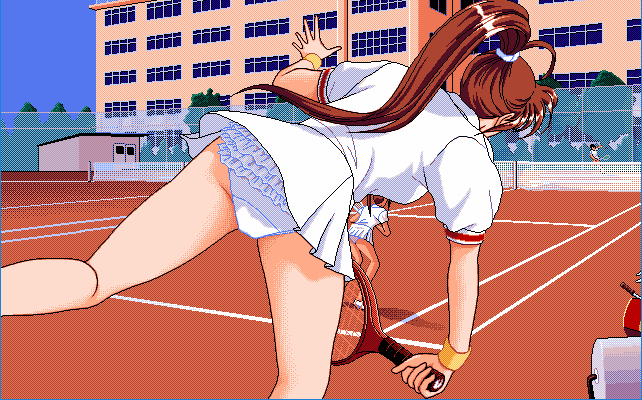 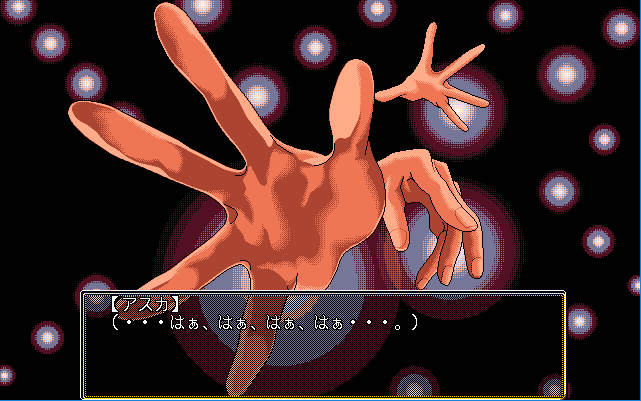 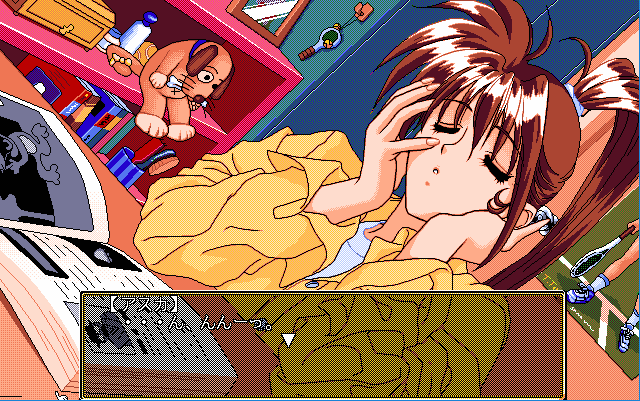 
This is game about young, innocent girls, tragically assaulted by lens flares that inexplicably have hands and can shred clothes like toilet paper. Your mission, if you choose to accept it, it to escape this high school with your honor intact before your GPU overheats.

Ok, that's not really what this game is about. It would be way better if it was. To be honest, I only played a bit of this game, several times, because it's godawfully slow. Each line of text is like, two words, and there doesn't appear to be any speeding through it. From some japanese reviews of it, I wasn't missing much. It's a branch adventure type game, but without much feedback on which decision does what. It also obnoxiously only allows you to save after each chapter. It's something about peeping toms, and virgins, and there's a candle shoved somewhere sensitive for reasons best unexplored.

Most of the relatively large size of the game seems to be involved with all the animations, which are pretty underwhelming. Expect lots of blinking.

Apparently the title is to be read "Virgin Squared" and there's no "Virgin 1." Also, although a lot of the online sources for this game seem to indicate 8 disks, all the copies I've ever encountered have 7, and they appear complete (as far as I can tell) without any further disks.