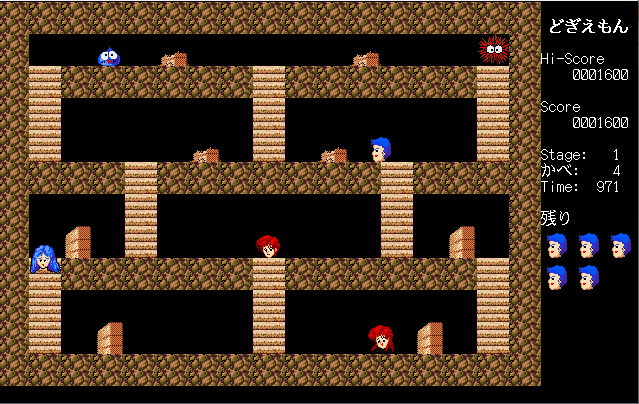 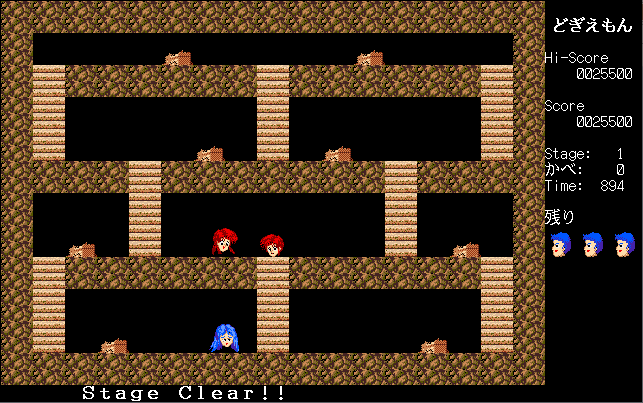 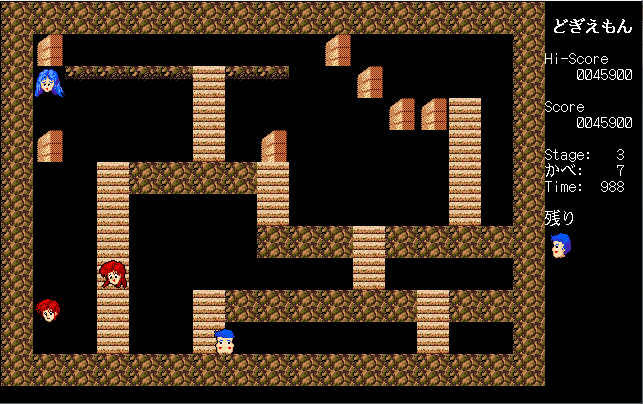 Adult Content:
None
This is an... unusual game. You are presumably in this tower to rescue the princess (represented as a stationary head) but first you have to breakall of the walls in the level. You do this by facing them and pressing space, while avoiding being hit by the various mobile creatures. You can destroy the enemies that aren't faces with space bar as well. Travel is up and down ladders (or are they stairs?) and you fall directly downward.

All this is made more difficult by the rather unwieldy controls, which are a little too responsive and make aligning yourself on the stairs difficult. Also, the sound driver doesn't appear to like Anex86, so you'll need to run it on Neko Project or another emulator.

A reader wrote separately to inform me that this appears to be a doujin game based on the Ys series, and the main character is Dogi (hence the name).