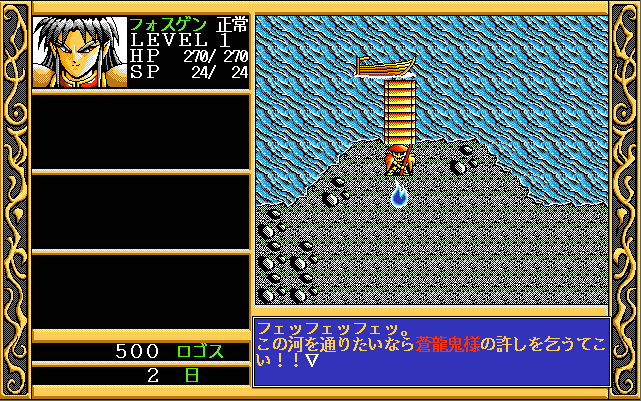 Adult Content:
None
"Devil RPG", essentially, it does indeed involve your devilish protagonist rising once again to inflict havoc on the world only to lose the opening battle on the way out of the tower and promptly die. You then fight your way back out of the afterlife, River Styx and all.

Controls are via the arrow keys, with space for the menu (just run into things to talk to them). The game world is something else: apparently the game developers felt it needed gigantic empty spaces, and a relatively small view screen. Prepare yourself for a lot of empty hallways. Well, and parts of hallways, since only about half the hallway fits on the screen at any given time. The combat system, on the other hand, is somewhat interesting, featuring large enemy art, and a combat system with distance as well as technique points you can use for a variety of abilities.