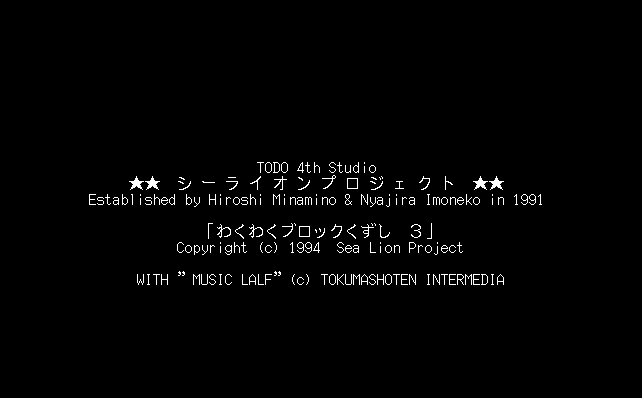 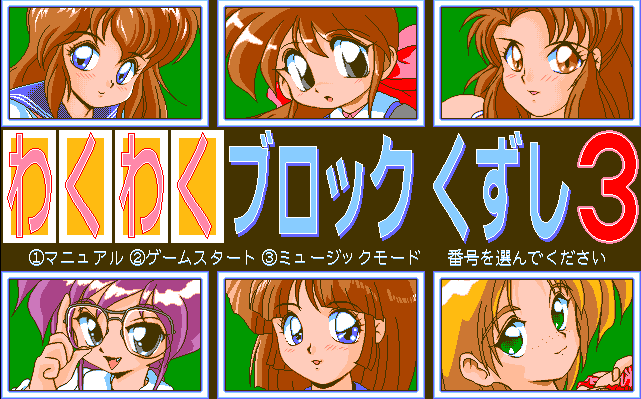 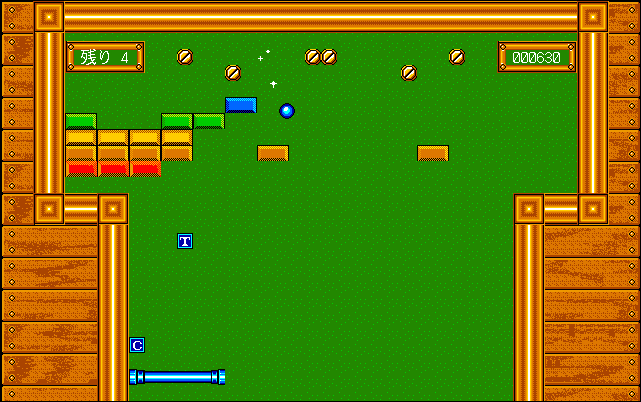 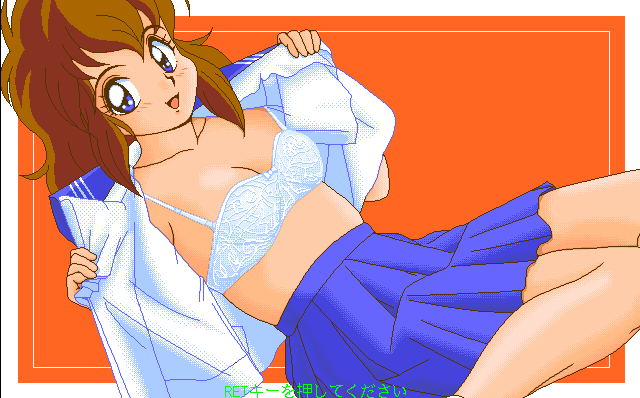 Adult Content:
Nudity
A game from a two very prolific doujin circles (TODO and Sea Lion) which do eroge. It's a very obvious Arkanoid knock-off, but it does have some... interesting features. The physics are more pinball than standard breakout, with the balls losing momentum as they travel upwards without hitting anything. There's also a lot of pinballesque bumpers and such. Each series of three levels features a different girl, who gets progressively more naked as you win.

The real problem with this game, is that while it runs a reasonable speed on Neko Project 2 (It's way too fast on default Anex86) it suffers from lag when the action starts to get intense. Really obnoxious lag, because the game physics don't lag... only the graphical drawing. So you'll discover balls have warped past you while the gameplay was frozen. Even more irritating, power-ups frequently trigger burst of lag, meaning any dive for a power-up and a swift recovery will generally be ruined.