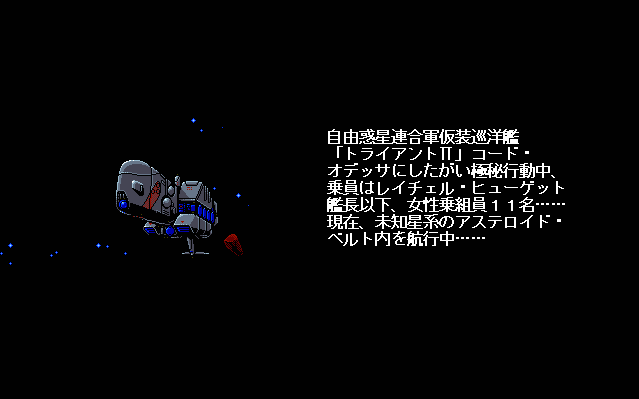 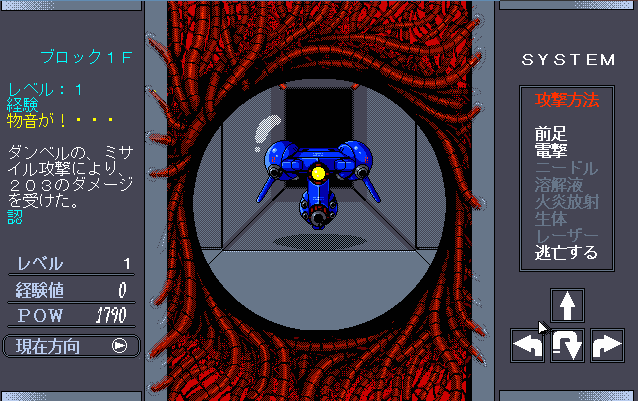 Adult Content:
Nudity
Bloodseed starts with a nicely animated set-up, showing a spaceship full of young women, which suffers a hull breach from a strange red pod. The pod breaks through into the hull, sprouts tentacles, and attacks. You play as the alien, stalking down 3D hallways in search of the crew, all while fending off defense drones. It sounds, at least in setup, like something relatively novel.

Unfortunately, it commits just about every cardinal sin of early RPGs. The enemies have ridiculous amounts of HP, leading to long, boring battles most of which you're best off running from (they don't follow.) The hallways are all extremely similar, and your alien can't open doors. Even the interface works against you, as you need to hold down the Map select to pull up the map, and it still essentially doesn't function, at least under Anex86. The combat log to your right is about 4x too slowfor the rest of the game. Mercifully, they do at least tell you what the current HP of your opponent is. A sequel to this game came out in 1998 but it was for regular PCs.