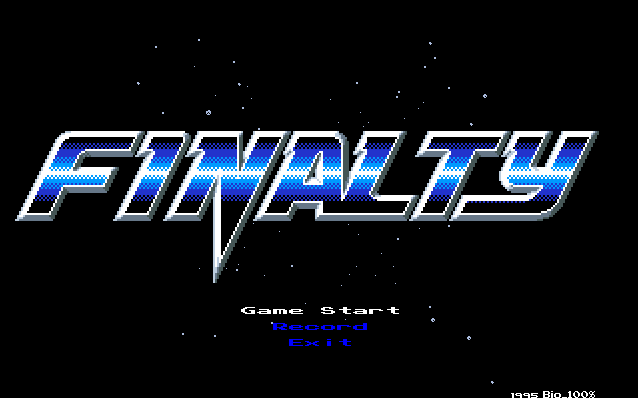 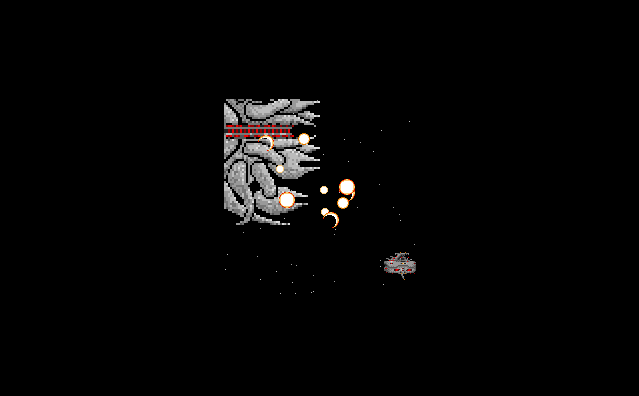 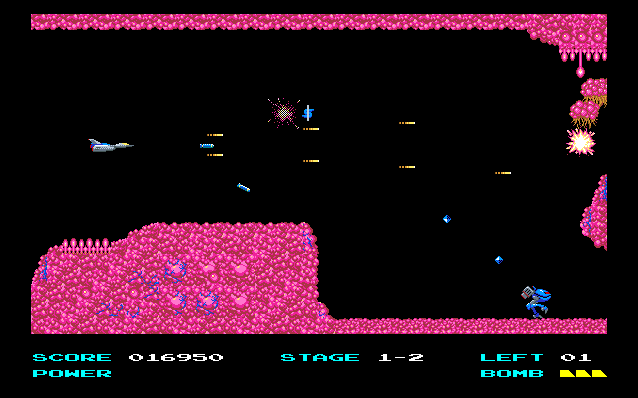 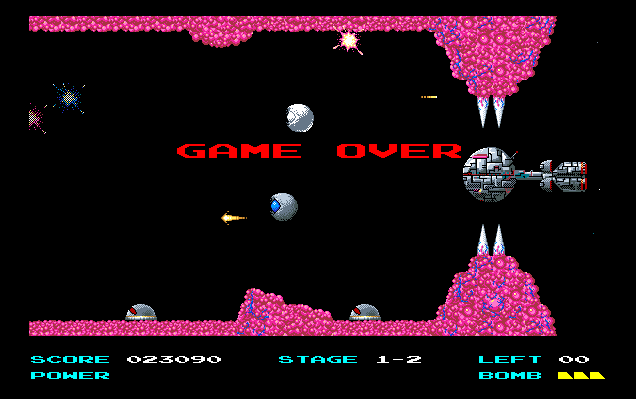 Adult Content:
None
One of the later shooting games from this Doujin group, and one of the more polished. The strangely out of place nautical ships return, and the game plays similarly to Life Force in that there's narrow flying corridors in part 2 of each stage, and the power-ups are applied automatically, rather than Gradius-style selection. Most of the power-ups are straight out of that game, homing missiles, a shield... didn't see any Options, though. Z shoots, X uses to the bomb, which, while nicely animated, seems to have issues actually killing all the enemies on screen.

There's at least two stages (as far as I got) and while the first boss is rather irritating (He's invulnerable for much of the fight) the second one is really neat. The main problem with the game is that it has speed issues... in that, game speed does not adjust correctly with the CPU. I ran it on 8 Mhz in T98-Next and it lagged considerably with lots of projectiles on the screen... but 16 Mhz was clearly too fast. You only get three lives, although you can continue from the beginning of the stage if you're at the 2nd stage or beyond. The corridor flying is very hectic and adds a lot of difficulty to the game.