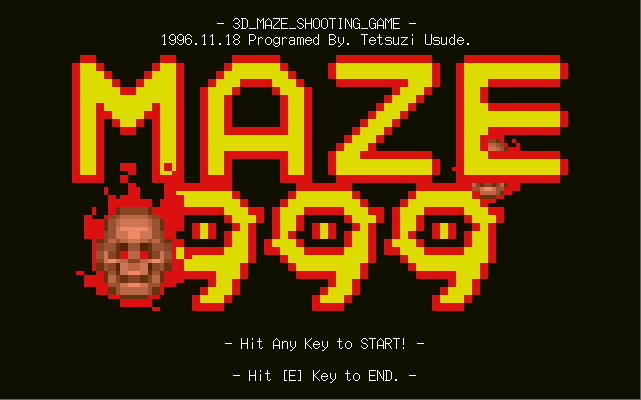 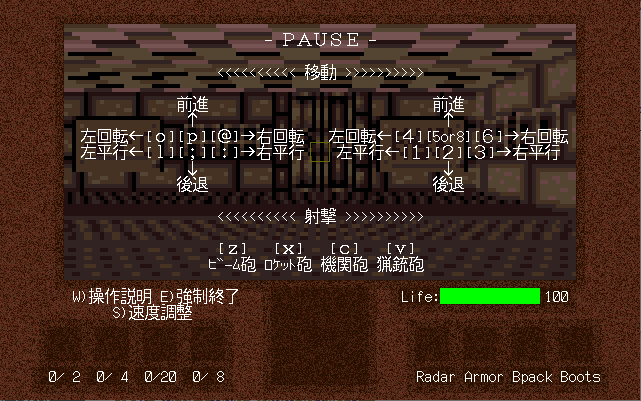 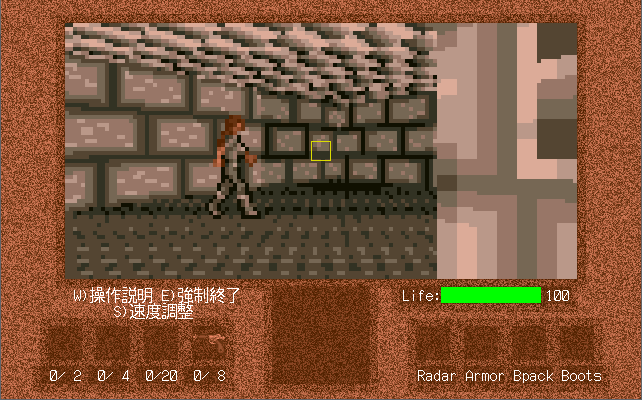 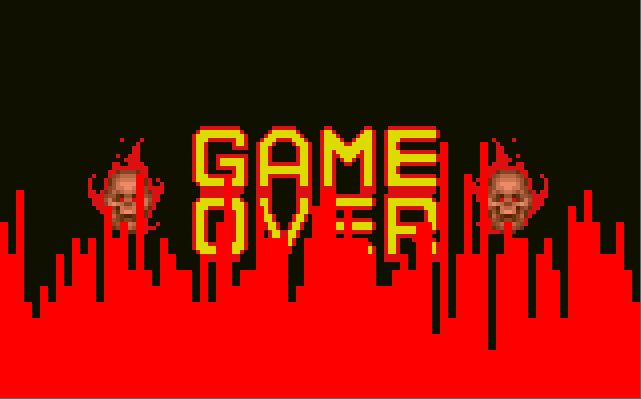 Adult Content:
Gore
This game is very reminiscent of Doom, in that it's a limited palette pseudo-3D shooter. It runs a little too fast on Anex86 by default, I'd suggest limiting the speed max to 5,000,000 under the "System" tab. Controls are the arrow keys, supplemented by Z,X,C and V. V shoots your gun, once you're outside the starting area.

After a reader pointed out that the default AUTOEXEC.BAT bypasses the EXE that shows the screen and generates the starting dungeon, I've altered the file so it now does that, so you can see the intro screen and pick difficulty like one would expect.

You start in a small village area with other humans, and then drop down a hole to find the demons, after picking up the gun and ammo. Exits to levels are of the same kind of "drop down a hole" type interface. Although the resolution is very low, there are multiple monster types and the scenery does change between levels.