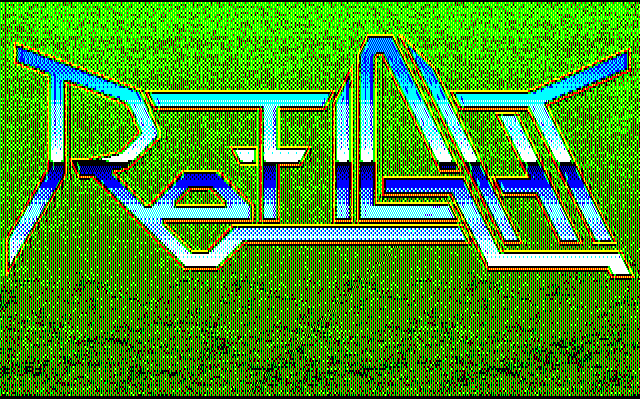 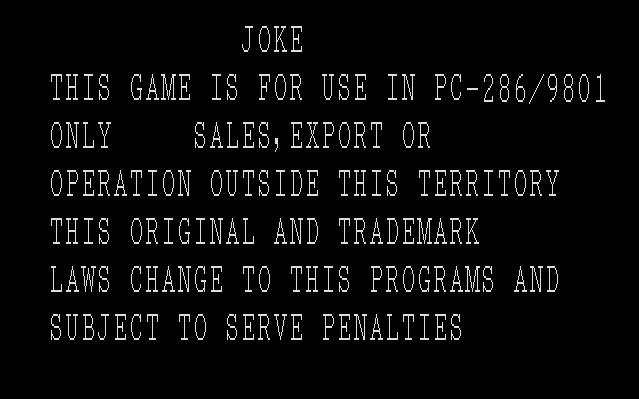 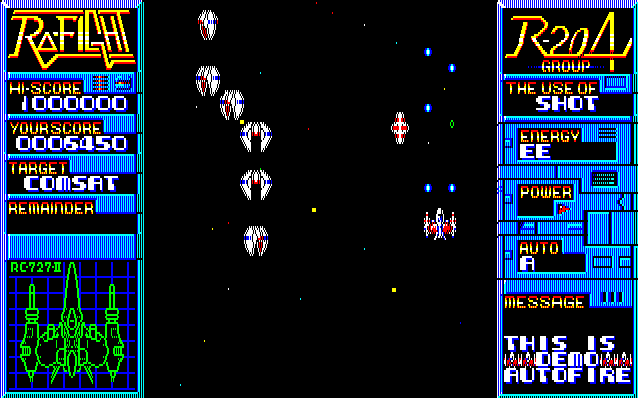 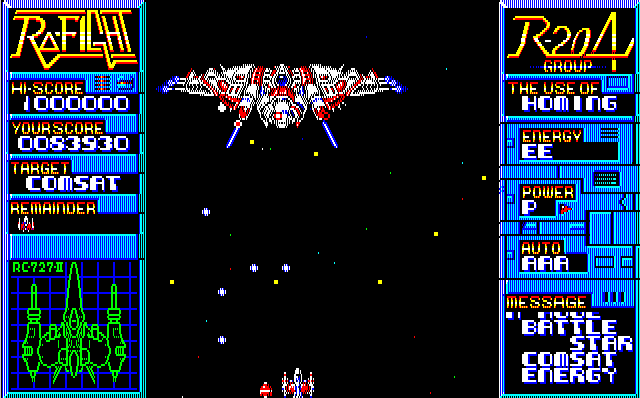 Adult Content:
None
A shoot-'em-up with a somewhat bizarre control scheme... at least on Neko Project (It freezes on boot with Anex86) you need to turn num-lock on, or left and right will simultaneously bomb and move that direction (Space, predictably, fires.) The gameplay is a little hard to describe... it'sa relatively standard shooter, not particularly of the bullet-hell variety, but still relatively challenging. Your ship can take multiple hits... in theory, some enemy weapons are instant kills. You can use your energy (life) for a bomb, destroying anything on screen, and pick up additional energy and power-ups. It does somewhat subvert the usual shoot-'em-up paradigm in that most of the enemy ships can shoot backwards, so zooming past them is often of little use.