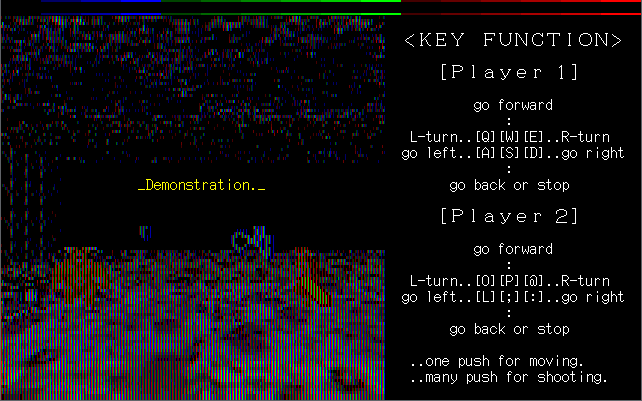 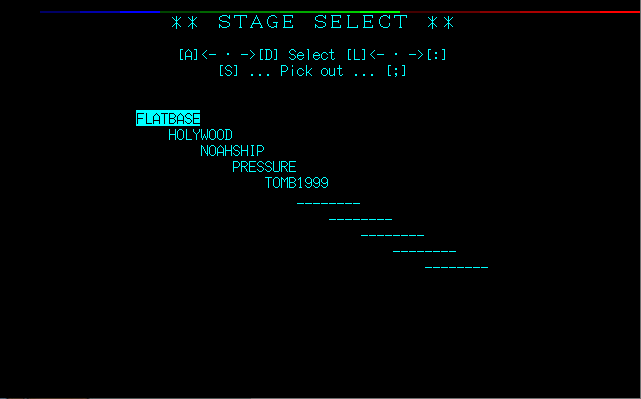 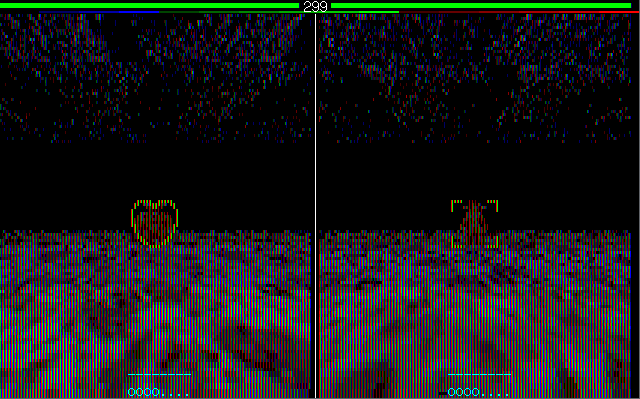 Adult Content:
Nudity
Another 3D game by Tetsuzi Usude, this one comes after the earlier Maze-999 game, but still bears a heavy Doom influence. You chose from several demons, and face off against the other (human, hot-seat) player in a selection of arenas. The match is timed, with the winner the one with the most life after the duration (if there's no kill.) Unfortunately, the game suffers from an extremely dubious control scheme... firing is controlled by multiple presses of the same movement button, and movement continues in a direction/rotation with a single press until cancelled.